The majority of camps in Poland were internment camps, although some of them could also be classified as labor camps. In the last period of World War 2, 30 camps were established to hold some 50-60,000 German war prisoners, but they also imprisoned members of the anticommunist Polish partisan movement and almost 100,000 ethnic Germans or Volksdeutsche. Of these German concentration camps, the camps in Majdanek, Skrobów and Jaworzno were reopened by the Soviet Army to intern anticommunist partisans who had become enemies of the established people’s democratic system. The largest camps in Poland operated in Jaworzno, Chrusty, Sikawa, Mysłowice, Libiaź and Mielęcin. Between 1945 and 1951, one of the largest camps was the one in Jaworzno where over 7,000 people died between 1945 and 1947. Between 1947 and the spring of 1949, some 3,800 Ukrainians – men, women and children – were interned to this camp, which was reorganized to a correctional camp in 1951 and every trace of the horrors of previous years was completely erased. The camp at Jaworzno became the “Prison of Progress” where 2-3,000 young people were held on a territory of 35,000 hectares. Over 10,000 people had been to this camp until its abolishment after 1956, and this camp complex has the most extensive Polish historical literature. It is also important to mention Camp no. 1 in Warsaw holding the highest number of “politically” interned – over 10,000 prisoners. On November 16, 1945, a special committee was established under the ideological leadership of Roman Zambrowski on the legal basis of “infringement and economic vandalism”. Between 1946 and 1952, the number of prisoners interned by the Special Committee increased from 1,440 to 22,400; however, following Stalin’s death in the spring of 1953, the number of interned persons decreased and the Special Committee – which, according to research, had interned over 90,000 persons – was abolished in December 1954. These prisoners – just like in every other country – were forced to work at mines, construction sites and agricultural labor sites. 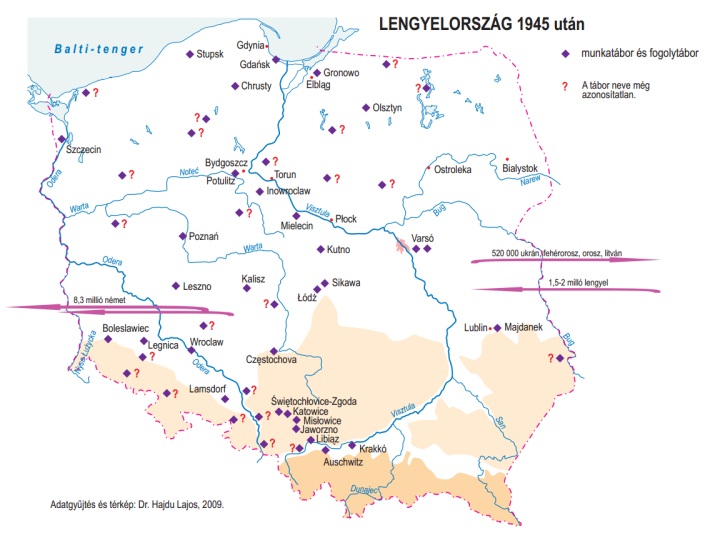