Following the end of World War 2, Soviet political, administrative (legislation, prison management) and economic models were introduced at varying paces in all Middle, Eastern and South-Eastern European countries that had become part of the Soviet sphere of interest, their efficient implementation assisted by delegated Soviet advisors. The functioning of the state as well as the lives of its citizens were monitored on every level, and in countries such as the German Democratic Republic (GDR), Czechoslovakia, Poland, Hungary, Yugoslavia, Bulgaria, Albania and Romania, internment and forced labor camps were established with similar methods based on similar scripts. These camps served two important purposes. One was to dispose of the “enemies” of the people’s democratic state system, including those who had been prosecuted as an ethnic group (such as Sudeten Germans, Swabians, Hungarians, Ukrainians and Albanians) based on the principle of collective guilt, but mostly for their housing and moveable assets. The other category comprised of those real or imagined political “enemies” that were to be removed from the public sphere even if there was no sufficient legal evidence against them for a proper sentence, and therefore were interned based on regulations and decisions devised by the Soviet legal system. Over time, this group was considerably expanded to affect nearly every stratum of society. A secondary motive was that these people were necessary in order to acquire as much free labor and labor force as possible as the “residents” of these camps were forced to work at mines, factories, logging sites, constructions and agricultural labor sites.

All concentration camps were terrible in terms of provisions, hygiene and health care; interned prisoners were kept in inhumane conditions and treated accordingly.

This paper discusses some of the most prominent camps established and operating in Czechoslovakia, Poland and Yugoslavia, and attempts to provide general information rather than be a comprehensive guide on the subject.

With the mouse pointer the Europe map is zoomable. 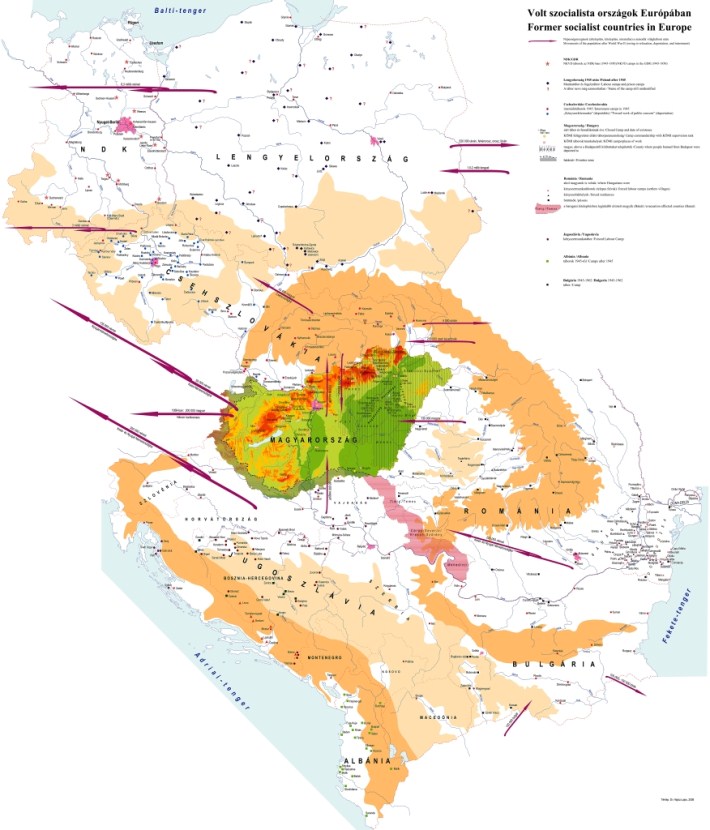